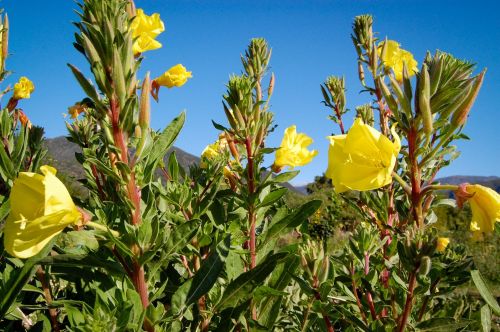 OP These seeds were passed to us by a dear friend, Judith Bauerdick, who grew them for years in Hawke’s Bay before they landed in our garden. Popular as a cottage garden flower as well as known for its medicinal qualities this plant is also completely edible! Native to North and South America, Native Americans traditionally made poultices from the leaves for bruises and wounds and used its juices as topical remedies for skin inflammations. The leaves were prepared as tea for gastrointestinal complaints and sore throats. In the 17th century, evening primrose oil became a popular folk remedy in Europe, where it was known as “King’s cure-all.” Now evening primrose oil dietary supplements are promoted for atopic dermatitis (a type of eczema), rheumatoid arthritis, premenstrual syndrome (PMS), breast pain, menopause symptoms, and other conditions. Evening primrose oil may also be included in products that are applied to the skin. The young roots have a peppery flavour and the French cooked them as if they were salsify, but they can also be eaten raw. Young shoots, leaves and flowers can be used in salads or cook the leaves like spinach or in soups. The plant contains health-giving flavonoids, mucilages, and tannins. The seeds are a rich source of gamma-linolenic acid (GLA). The flowers are fragrant and yellow lining tall sturdy spikes that open in early evening. Biennial but will usually self-seed, can also be propagated by the root. Heat and drought tolerant, Full sun, 120cm height.

Sow into trays in early spring through to late summer prick out to 4cm spacing when true leaves appear. Transplant into well prepared fertile permanent bed at 30-40cm spacing. Repeat for an autumn sowing in late summer through to early autumn.