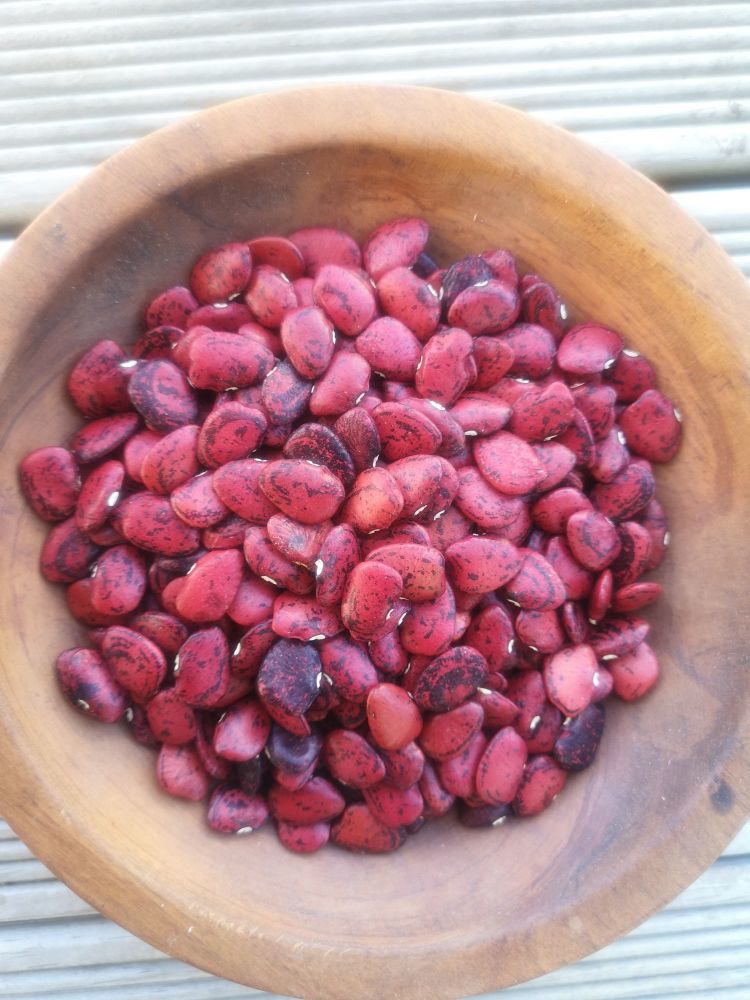 OH Much to my surprise, not much information can be found about the history of this variety of lima bean.  What I could surmise is that there are traditional Persian dishes that contain lima beans. Persian cuisine is considered one of the most ancient and developed styles of cooking, both Baghali Ghatogh and Baghali Polo feature lima beans, so it is most likely that originally this variety would have been used in these dishes. Lima beans originated in Peru 9,000 years ago. By the 1500s, lima beans were cultivated in the Old World where they got their name from the capitol of Peru, as during the Spanish Viceroyalty of Peru, lima beans were exported to the rest of the Americas and Europe, the boxes had their place of origin labelled "Lima, Peru" the name stuck. The Latin name lunatus refers to the “half-moon” shape of these beans. Other names used include butter bean, sieva bean, double bean, Madagascar bean, chad bean, or wax bean. The Persian Lima is a stunning red with black flecks climbing variety that is vigorous, disease-resistant and prolific. A dried bean that cooks reasonably quickly (when soaked prior), rates well for flavour and has a uniform creamy texture, the firm skin holds together making them ideal for bean salad.