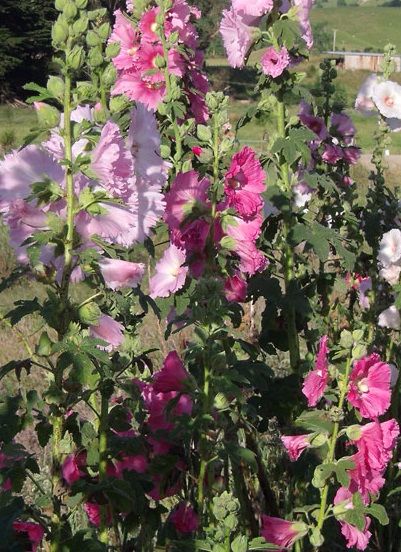 Native to Asia hollyhocks arrived in Europe from China in the 15th century. William Turner, an herbalist of the time, gave them the name “Holyoke” from which the common name derives. Our Hollyhocks were given to us at the Hohepa Market, Clive, by probably one of NZ youngest seed savers, an 8 year old boy with a love of seed, we took the seed unsure but we grew it on to discover a beautiful mix of deep red, pink and white hollyhocks. In herbal medicine, hollyhock is believed to be an emollient and laxative. It is used to control inflammation, to stop bedwetting and as a mouthwash in cases of bleeding gums. A perennial flower, part of the mallow family, with tall flower stalks growing up to 2m high.