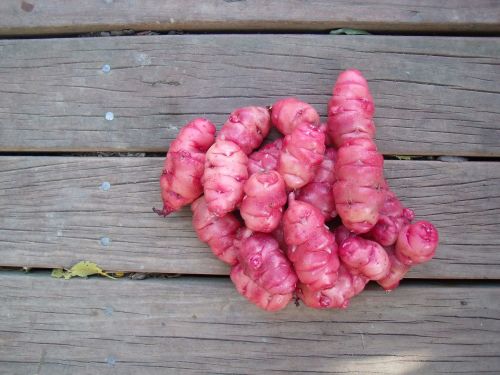 From the Henry Harrington Collection a delicious tuber that when we first discovered we couldn't get enough of.  Originally from South America, arrived in NZ around the start of the 2oth Century.  Also known as New Zeland Yams or Oca.  Our favourite way to eat them is roasted, but also nice stir-fried.  A delightful sweet root vegetable flavour.

Sow like potatoes. Plant into fertile well drained soil in rows 1 m apart at 20cm spacing in rows in late Spring after the chance of frost has passed,  harvest after the plants have had a good frost as the tubers size up considerably after their first frost at the end of the season.